– I am here, a voice said behind me. Gently. As you would speak to attract the attention of someone apparently lost in his own thoughts. I turned around, and there was no one there. Of course. I was by myself on the mountainside.

Prior to this incident, I had paused at a glade after walking up a steep terrain covered in pine and thicket. A rockslide had formed a falling slope through the forest and from this vantage point, I had a view to the cloudy sky and some of the surrounding mountains. The air was windless. A bit of rain was falling. One drop at a time, or so it felt to me.

While walking through this wilderness, I had found my way by taking any opportunity to move ahead. In paying attention to all possible passages in front of me, however, I had forgotten to mark my route on the map I had brought with me. My position had become uncertain, and I found myself able to pinpoint what I thought was my location on more than one spot on the print I had made from ACME Mapper 2.1. The piece of paper’s tracks and contours were drawn on the basis of satellite imagery and the geographical coordinates of the site of an ancient Greek city called Σκέψις—my journey’s actual destination.

Its geographical points are speculative assumptions, it needs to be said. Physical remains of Σκέψις have yet to be discovered, and thus the historical existence and geographical location of the city is known solely through written sources and from coins whose markings indicate they had been stamped there. According to archaeologists, an ancient settlement called Σκέψις had undoubtedly existed, once upon a time, in this northwestern region of modern-day Turkey, although its exact position remains unclear. One reason being that there might have been two cities bearing this name—either simultaneously or displaced through time. No one knows. However, when looking for information about Σκέψις, I had come across the coordinates 39°51′10″N, 26°48′13″E several times, and it was this location that I had decided to seek out.

I paused on the rockslide to find out whether—and how—I should proceed, or whether I was justified in turning back while I still had some idea of the path I had been following up until now. Neither the site nor the view were particularly interesting or beautiful, but to me, the importance of the moment was found in itself—to have reached an open space after having walked through the thick forest. I paused to enjoy the feeling, only to realise that I had lost my way.

It was winter. February. Withered twigs, straws, and leaves had settled between stones and rocks. Here and there, small plants grew in gaps and cracks together with moss and lichen. The cloudy sky seemed to float in slow motion as the air cooled and condensed in drops of water falling one by one.

I could almost follow each drop as it fell, hearing the sound as it hit a stone or a leaf. I watched the surface of the stone absorb each drop, becoming darker where the water had spread. I watched the leaf bounce as the drop hit it, exploding into a multitude of smaller drops that rolled off and vanished.

I found myself in a world of exacting extent and motion. Any distance and any movement I noticed was amplified and clear. Bullet time. So I thought. So it seemed.

Using the Latin alphabet, Σκέψις is written as “Skepsis”, and it was through searching for information on the historical emergence of scepticism that I came across a reference to the city. The coincidence amazed me. Knowing well that the city and the intellectual position of scepticism were not related in any way, I was curious to find out what a parallel search of the two might bring forth, and so I began both—in tandem with my search for information on ancient scepticism, I made the journey to trace the physical location of the city.

The Skeptikoi, who were active around 300 B.C., are known as a school of thinkers who chose not to assert anything, not even the reliability of their own senses. This radical examination of knowledge, truth, and belief was, however, entirely epistemological, as the possibility of certainty of such tenants was not questioned, but the way in which we give satisfactory reasons for claiming them was. All judgements were therefore suspended during the investigations of these claims.

As such, the name Skeptikoi, like the word skeptikos, means investigator.

Within this world of suspended judgements, what the Skeptikoi did put their trust in was the idea of living by appearances. According to their followers—the Skeptikoi themselves never wrote anything down—in the absence of certainties, the only thing needed to live and to navigate was for things to appear with some regularity. By not living in theory, you can, instead, live in the physical world.

A world of appearances: it was here that I found myself—on a Turkish mountainside, contemplating to what extent this world exists beyond my nervous system, and to what extent it does not.

In Étienne Bonnot de Condillac’s work, from 1754, Treatise on the Sensations, he hypothesises the experience of a statue coming to life. In this moment, like Condillac’s statue, I had to ask myself

What are those sounds, those tastes, those colours, those smells, which I have taken one after the other to be modes of being, and what are these objects which have such charm for me at this present moment?

Condillac’s treatise is a thought experiment based on the idea that the formation of consciousness and knowledge is conditioned by experience. As a reader, you come to be involved directly in the experiment, inasmuch as your are being asked to both observe and to imagine a statue, organised inwardly like a human being, animated by a soul into which no sense-impression has ever penetrated.

The statue is endowed with each of the five senses, one by one, and while its consciousness is awakened gradually, it is still not capable of learning or of reflecting. Simply put, the statue cannot distinguish between itself and the world until a joint use of the senses evokes experiences that are qualified as pleasure and pain. Thus, this feeling of pleasure and pain becomes a precondition to the statue’s capability to reflect and to gain knowledge.

Throughout the treatise, the statue is represented as a scientific object in a rational order of parts, chapters, and paragraphs. Towards the end, when the statue becomes capable of reflecting, it begins speaking for itself. In the closing chapter (given the double title of Reflexion on experience/The memory of one who has been given the use of his senses in succession), the statue recalls the various states of being that it has gone through. From a state of existence when it only sensed itself, unable to make distinctions, and lived with no desire and no fear, through the first sensations of pleasure and pain, which enabled it to perceive itself apart from all else and to start to live with the ability to love, hate and fear, until it is able to move around the world, worrying about what it becomes as it explores.

The statue reaches a double conclusion in regard to the experiment of which it is the product. As a consequence of the idea that the formation of consciousness and knowledge is conditioned by experience, it understands that the ability to reflect and to know must continuously be conditioned by the dynamic relation between its self and the world. On the other hand, it has become an independent and free being. It can learn from experience and is thus being given the opportunity to form its self from its own more abstract reflections and knowledge.

I decided to walk farther out on the rockslide. Step by step. Paying attention to the shape and the position of each stone and fragment of rock. The blocks were fixed against each other and did not move as I moved among them. I sensed a pressure from beneath when walking. A release of energy that seemed to push me upwards, just a little, as if the soles of my shoes never touched the surface.

Once more: the statue is alive, the program quickens itself: right where we have so often believed we would find only mechanism, we find a complex entanglement of different types of plasticity, which contradicts the ordinary representation of the brain as machine.

—says Catherine Malabou, referencing recent research on the brain’s plasticity. Neuroplasticity—the ability of each individual brain to reorganise itself by forming and modifying neural connections—synapses—throughout life. This capacity to receive, to give, and to annihilate form is directly influenced by experience, and external stimulation is thus materialised in the way that these connections are modelled, modified, and repaired.

Malabou’s statue comes to life in her 2004 book, What Should We Do with Our Brain? It critiques neural ideology and instead promotes the pursuit of a new consciousness of the brain that leaves behind metaphors of command and government. For Malabou, the image of the brain as a controller giving orders downwards from up high is a fictitious understanding of the material conditions of existence, serving only to alienate us from consciousness.

Instead, Malabou focuses on the material evidence of neuroplasticity, considering the conceptual quality of plasticity to be a synthesis of many plasticities, ranging from determinism to freedom, from the pre-established circuits of a genetic program to the singularity of individual experience, from the capacity of taking form to the capacity of giving and annihilating form.

In the genetic program itself, the Individual experience opens up a dimension that is usually taken to be the very antithesis of the notion of a genetic program: the historical dimension, the material conditions of existence. For Malabou, this calls for a new consciousness of the brain, starting with the question of which culture is the culture of neuronal liberation? Which world? Which society? Just as it calls for a new, neuronal self, which is constructed in relation to one’s brain as an image of a world to come.

I walked up to where the rockslide faded into the forest. From here, the falling slope of stones and rocks had a luminous glow to them. A phosphorescent gleam. I could smell ozone and resin.

The reverberating chant of a muezzin called from a distant minaret’s sound system, and was mixed with the irregular droning of a chainsaw at work, somewhere in the forest.

I decided to stay there. For a while. It was then that I heard the voice behind me. 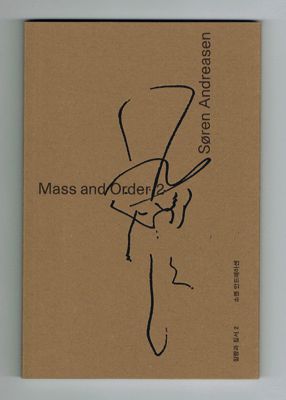