At the dawn of a Numeric civilization, all is brought into concrete existence. In a fever. A rush. An irresistible feeling of strength, clarity, and relief.

Even art is realized. And gradually, as still more of art’s speculative and ideal potentials are brought into concrete existence, it becomes clear that concurrent with the realization of art, the significance of art has to do with social and cultural regularity.

It is time to attend the experience of formlessness. It is time to investigate the qualities ascribed to things and knowledge, and time to contemplate when these qualities appear with decreasing degrees of probability.

Makes me think of Italo Calvino’s lectures on literature: Six Memos for the Next Millennium. In these essays, Calvino meditates on certain peculiarities of literature, accentuating the qualities of lightness, quickness, exactitude, visibility, and multiplicity. In writing. The lectures were never performed, just as the sixth and final lecture had come to nothing but a provisional title, Consistency, due to Calvino’s death the night before leaving for Harvard to give the first of the lectures. Lightness. 1985.

In one of the essays, Calvino refers to an Italian author who strove throughout his life to capture his immediate surroundings in a strictly descriptive language. Inevitably, and to his utter despair, he always ended up with extensive elaborations on anything. At some point, this author decided to make the description of one particular box of matches his final literary effort. When he died a decade later, he left behind an unfinished manuscript of more than ten thousand pages.

The anecdote is quite illustrative with regard to literary qualities like exactitude or multiplicity. There is one problem, though: the reference is not to be found again in Six Memos. This is not the first time I have searched again for the passage that I noticed when first reading the book. Previously, I have skimmed the pages with no luck. This time around, I re-read Six Memos from beginning to end, and I am still unable to find the anecdote. The chapter on exactitude is indeed a meditation on the battle with language in order to capture something that evades one’s powers of expression. Just as the lecture on multiplicity deals with the fatal experience, that whatever the starting point may be, the matter at hand spreads out and further out, eventually embracing the entire universe. The reference that I am looking for ought to be there. This Italian author ought to exist.

This is an incoherence that has been annoying to me from time to time, although I had actually stopped thinking about it. At will. Some time ago. Ever since I became aware of Enrique Vila-Matas’s novel, Bartleby & Co. 2001. This is a story about an office worker who once wrote a novel about the impossibility of love, but since then has written nothing. Instead, he thinks of himself as a ‘Bartleby’, so named after the clerk in the short story by Herman Melville, Bartleby, the Scrivener: A Story of Wall Street. Melville’s clerk is characterized by a polite but firm refusal to obey any of the orders he is given, and Vila-Matas’s immaterial worker reflects himself in this figure, searching through literature for other authors with a Bartleby attitude.

I tried to avoid that book. I did not want to read it. I imagined that a novel entitled Bartleby & Co. would do nothing much but turn Bartleby against himself. If Bartleby becomes converted into a social and cultural role model, it would undoubtedly mean that Melville’s figure of negative singularity would be neutralized. When I eventually read the book, that was pretty much my experience. 2010.

In Herman Melville’s short story, singularity is an effect of denial and disobedience. 1853. By contrast, Vila-Matas’s Bartleby is singled out in the positive sense, in the shape of an anti-hero. An author. An Artist. And whereas Melville’s anti-clerk represents a negation of social and cultural regularity, Vila-Matas’s anti-hero-author-artist represents a social and cultural role model which is a matrix for regularity.

I decided to forget all about Bartleby. Instead, I turned my attention to the Italian writer who doesn’t seem to appear in Calvino’s lectures. Nor does this Italian writer appear to have had a concrete existence. I am certain that his posthumous manuscript would include a significant essay on how the part is related to the whole. I would read this text with great pleasure. The essay would never reach a conclusion but would slowly disintegrate due to the resistance of the matchbox when confronted with the categories, ‘part’ and ‘whole’.

Although the description of one particular box of matches seems to be the perfect motif for a discussion of the part-whole relationship, and for speculating on whether the whole is greater than the sum of its parts, this is apparently not the case. When confronted with the categories, ‘part’ and ‘whole’, the matchbox reveals a mass of syntheses and regularities that seem endlessly divisible and formative at the same time. And the more resolutely the mass of the matchbox is called to order, the more incoherent and syncopated the writing becomes.

A steady transformation of style characterizes this essay, and I can only imagine my euphoria when the categories, ‘part’ and ‘whole’, are suddenly dismissed as nothing but metaphors that replace observations of that which can have no form with suggestive imagery. And then, with a reference to Sigmund Freud’s statement that the oceanic feeling is a narcissistic elation which prevents an experience of formlessness, the essay comes to an end.

The Imperial Gardens in Tokyo are oceanic. Endless. Thoughtless. The sheer size of the area has evidently overwhelmed those who have laid out and maintained the gardens over the centuries, generating a park cleansed of imagination and idea. Accordingly, a complex of administrative buildings is placed at the margin of the park without affecting the overall impression of an extension with no cause and with no purpose.

An impression further intensified by the location of the gardens in central Tokyo, where the land’s value is beyond reason. This aspect alone makes the gardens possess a beauty that exceeds any other park. A kind of beauty that reaches its apex in the late summer, when the lawns and the plantings are scorched and inanimate. By then, the gardens have negated organic life and the contemplation of the park attends to a space-time otherwise imperceptible.

In this non-organic cosmos, it hurts to breathe. It is a space-time defined by radiation. The light is blinding. The heat is gaseous. There is nothing to see or feel but the splitting of matter into still faster moving and lighter elements.

Contemplation attends to areas of the lowest intensity. Radiation decreases a little here. Just enough to enable breathing. It is possible again to differentiate oneself from the gardens.

The zone separating the administrative buildings from the open fields of the park is a dense growth of trees and bushes that functions as a shield from the light and the heat.

One of the buildings is placed inside the park. At the outskirts of a bamboo forest. Along one of the walkways.

A small white building with a low and slightly curved tile roof. No windows or doors. The main part of the wall facing the walkway is moved inwards, thus constructing u-shaped entrances at each end of the building. Along the walkway two wooden pillars support the roof.

The entrances lead in and out of an oblong and dusky space. A corridor. A twilight. There is a faint smell of carbon. And a low, whistling, sound. 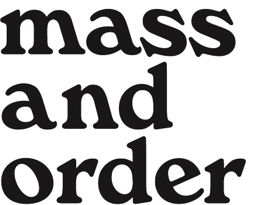