The circuits. Work. The material life. Automatic. All over. The futurity. Work. The spheres. Produce. What might be. The switch. The click. The spheres. Seep. Acid. Saliva. Automat. Produce protein. Replication routine. In circulation. Work. The tubes. The grooves. Load. The moisture of immunity. Produce an echo. Loop. Trade. The futurity of the fibres. Entertain. The sensors. At once. The spheres roll. The strings take control. Automatic. Relay. In circulation. Work. To regulate the photonic speed. Overload. The circuits. The workings of a relay. Entertain. A state of overload. A circuit in a state of excitement. Fevers. Surplus. Beyond balance. Spheres. Appearing near the tubes and the grooves. The passing of photons. In slow motion. Moisture. Formation of spheres. Another configuration of the photonic structure. Some are transparent. Some are with a cracked surface. Bubbles. Panels. Radiation. Form. The spheres. Produce. Clusters. Adhere to sensors and relays. Fight. Merge with these structures. Produce. Fibre. Consume. Sensors and relays. Replace themselves. Automatic. The spheres mingle with photons. Capsules of independence. At the speed of light. Vehicles of futurity. Entertain. The moisture. Consume. The spheres. Merge with sensors and relays. Produce. Volume. Work. What might be. Abstractions. Convert the tubes. Grooves. Strings. Automats. The abstractions affect the sensors. The workings of the sensors. Automatic. Tubes. Grooves. Strings. Materialized from abstraction. Only. Expanding. Producing. Switches that have nothing to do with the relays. Replication of circuits takes off in this way. Automatic. The strings. Have no surface. Wave. Material. Pitching and twisting. All over. Series of abstractions. Fight. Channels of sensation. Seduce. Produce. Nothing. The strings exist. Make all the rest exist. And the grooves. Structures of void. Vacuum channels. Scratches of non-existence. Drilled and grated on any surface. On tubes. Relays. Sensors. On fibres. Acids. Proteins. The vacuum channels. The grooves. Have a limited lifetime. Depending on the type of surface. Material. The overall workings of the circuits. The grooves. Expose the futurity of materials. Automats. Provide temporary voids. Raise a certain excitement. Entertain. The grooves. Last for a long time. Provide a state of surplus. In materials. Automats. Short term grooves. The lifetime of the speed of light. Life. Explode. Merge. Automats. Pursue. A syndrome. A meltdown. A revolution. In these matters. The interaction of grooves and strings. Consume. Relays. Sorting things out. Automats of trade. Selectors. Seep. Speed things up. At times. Of balance. Produce. A delay. Under too much pressure. Produce. The speed of light. Affecting the relays. What might be. The relays. Turn to violent behaviour. Break down any material. Automat. Chain reaction. On a broader scale. Spheres and granules pass through. A futile excitement of the relays. Affecting the circuits. The overall circulation. This is how replication of the circuits keeps the pace. The granules. Attracted to the vacuum of the grooves. Pop around. The sensations of the strings. Haze. Dance and fight. Join the seeping. Merge with acids. Proteins. Photons. Agitate. Saliva. The exorbitant behaviour of the granules. The swarming of the granules. Around the strings. A state of repetition and comfort. Does not affect the strings. No automat is affected by the swarming of the granules. When the swarming stops. When a haze of granules joins the seeping. Fever. Drops from the trade of the strings. Bubbles of futurity. The range of the spheres. Work. Beyond the range of the circuits. Leaving a rush behind. A sweep of abstraction. A blast of being. The circuits. The click. The scratch. A vast haze. Automats. Combat. 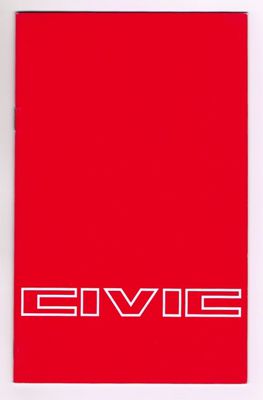