From the moment I realize this it seems my modes of being cease to belong to me. I make them into collections outside me. I form them into objects of which I am aware.

I am an abstraction of tension and reverberation. I am an anticipation of the particular. A calculation of probabilities. A pretext to any particular organization or symbolic order. Visions of The Universe. Spectacles of The Citizen. These sudden condensations are symptoms of automation and feedback in a non-dimensional environment. Some of these accumulations will stabilize themselves. This is a preliminary phase to a dimensional extension. This is an early stage of mass, defined by a gravitational configuration of tension and reverberation. (So much energy has to be spend to abstract the manoeuvres of the mass. Speculative displays of distraction and manipulation have to be put forward).

Absolute density. Absolute transparency. Two absolutes animated by the shock of the instant switches back and forth between the two. The totality of mass and the state beyond friction and the vacuum of the switch. At once. Compression is intensified to the extreme. It is neither painful nor pleasurable. When the compression process has passed the neural level, when the structure of mass has in fact reached the subatomic phase, there is no such kind of sensation involved. I can think but feel nothing. This is when the totality of mass is first realized. It is as if the compression process will just go on progressing into still more intensified states of density. Occasionally it stabilizes at points of definite negation of time and space. It can only be thought of as a blinking of an ultimate equilibrium. If this is a definition of dying, that is what I experience. As a thought. The electricity of abstraction. The unconditioned calculation of probabilities. The clarity. Horizons rolling with crowds of citizens, illuminating themselves, falling upwards into an abyss of togetherness. Spheres of kind- ness. Insect hormone. Sun gods. Explosives. Mass production. 1949.

A concrete floor. An extensive surface upon which a spatial structure appears. This construction is based on four luminous squares, each carrying a vertical formation of radiating tubes or rays with a similar luminosity. Another square, a hundred times the size of one base square is materialized above; a flat box with a slightly sloping thickness. The four edges are dark. A shiny rhombic shape sticks out at the centre of the lowest of the edges. The horizontal surface of the box is a display of infinitisimal detail. The organization of the surface seems to refer to one, exact, scale of time and space. It is a symbolic organization. A second scale is suggested in the parts of the surface which are defined by a smooth and sliding texture. But rather than a representation of scale, these parts define an imaginary non-scale, a rethorical opposite, which makes the surface appear with an even higher degree of clarity and self-evidence. This is a plan measured by an unambiguous being. A symbolic order of The Unison. Surrounded and shielded by three soft screens on which figurative silhouettes from the organization echo. Squares of two dimensions with rounded corners depict the probability of this symbolic order. The becoming of the unambiguous being. The building of The Unison. At times this echoing seems to invert itself. Slowly, the concrete floor vanishes into areas of darkness as if formlessness is the only reasonable principle when building The Unison. The logical principles of the building are nothing but a formalization of a synthetic occurance, the formal effect of a stimulant. When this effect decreases the compression process is reversed and neutralized, producing a sensation similar to sadness.

A journey into an external arrangement. An imperceptible inversion of the nervous system. Like a parapsychologist, I treat any neural spasm as if it was an envoy or secret agent. My only real friend; the agency of indirection. Over and over again I check up on the quality of these occurances. Do they repeat themselves? Do they appear in relation to other neural phenomena? Do they carry the proporties of a critical mass or a planetary system? Mostly, I am baffled by the appearance of neural activity where it should be evident that no such activity makes sense. The needless visions. Idiotic phantasies. An exhausting flood of convulsive appearances. I wait for the cramps to stop. Paralyzed by this shattering analysis of the nervous system. Longing for the inversion to fulfill itself. And when it has, when the infrastructure of the external arrangement finally comes clear, the horror creeps into every single fibre of the system. I am convinced that this is an illusion with no outside and no reason other than the power of the trick itself. I make desperate efforts to resist the fact that there is no escape. I am already absorbed. Soaked by the surface properties of the external arrangement. Getting heavy. Slow. Sensitive. Human. 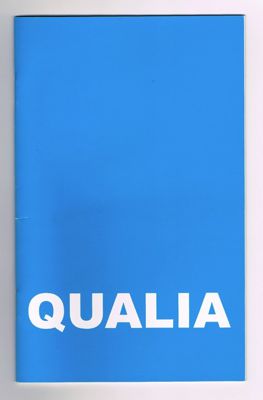 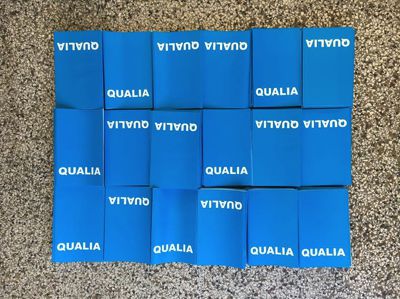